Beethoven, Italian bel canto and jazz fusion launched what promises to be a bold and diverse fifth season of the Metropolitan Orchestra of St. Louis (MOSL) on September 18 at the orchestra's primary venue at First Presbyterian in Kirkwood.  Few ensembles have carved out such a niche for themselves so quickly as has MOSL, and much of the credit must go to its founder and Conductor Laureate, Allen Larson.

In an era where orchestras are struggling to maintain themselves and prove their "relevance" in contemporary society, MOSL seems to do the job almost effortlessly. Some of the older mainline orchestras have sought validation by commissioning new works of dubious merit; the results in some cases have been disastrous as audiences have voted with their feet.  MOSL's repertoire on their opening night captured both the genius of the classical world while keeping an eye to the future.

Opening night for any serious orchestra must be a celebratory occasion.  Accordingly, Larson chose to kick off the program with Gioacchino Rossini's sparkling and engaging overture to "L'Italiana in Algeri" (An Italian Girl in Algiers).  The music is happy and playful to the ears, full of twists and turns.  Since its inception, the orchestra has steadily increased its overall skill level to where brisk tempos and rapid contrasts are easily handled.  Within minutes the near-capacity audience was already enjoying themselves and clamoring for much more.

Pianist Dominic Cheli joined the orchestra for a brilliant performance of Beethoven's Concerto No. 4 in G Major.  Although still in his early twenties, Cheli is already a home town hero.  Having gotten his start under the tutelage of Zena Ilyashov and other local pedagogues, he went on to win the Young Artist Competition held at St. Ambrose on the Hill and other local honors.  After graduating from the Manhattan School of Music, he earned his master's degree at the Yale School of Music with the highest honors, made recordings under the Naxos label and is currently pursuing an Artist Diploma at the Colburn Conservatory in Los Angeles.

Although the fourth concerto is filled with virtuoso challenges and musical fireworks, it is also a work of deep lyricism and introspection.  It is hard to believe that someone as young as Cheli is able to play with the insight and tenderness that we would expect from a much older and more experienced performer.  Cheli transformed the piano into a mini-orchestra of its own, echoing the agility of a violin, the singing of a flute or the deep responsive voice of a double bass.  His touch was resonant and rich, with unerring accuracy.  The excellent balance maintained between the solo piano and the orchestra made the entire performance particularly gratifying and easy on the ears.

The second half of the program featured the 442s, the classical/jazz fusion group founded by Adam Maness and St. Louis Symphony musicians Shawn Weil, violin, and Bjorn Ranheim, cello, with Syd Rodway on bass.  Named after the favored tuning frequency in general use today (442 cycles per second for the A above Middle C--trending upward from 415 in the Baroque period), this group forms a perfect bridge uniting the old with the new.  After hearing the group's take on such traditional forms as an Irish reel, Latin rhythms and traditional soaring melodies, one begins to realize that Beethoven, Rossini and every creative genius from the past continue to inspire our present-day idioms.   Adam Maness is a composer, arranger, keyboardist (and accordionist, percussionist, vocalist and more) for the group.  Each of the performers, in fact, wears more than one hat, depending on the needs of each piece.  Hearing the group merge with the orchestra makes it easy to see how symphony orchestras remain a potent force as the backbone of both our classical and popular traditions.

Combining a jazz ensemble with a symphony orchestra is not necessarily unique anymore, but to do so on an opening program as a herald of the season to come is a wonderful means of demonstrating versatility, relevance and a commitment to the new as well as to the old.  Anyone who attended MOSL's opening night will surely be eager for more.  We are blessed with many great ensembles in the St. Louis region.  The great thing about institutions such as the Metropolitan Orchestra is that its presence helps fully establish and maintain the foundations on which our musical life is founded.
Posted by Gary Liam Scott at 2:45 PM 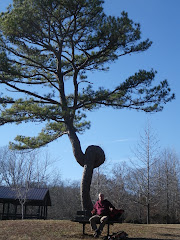